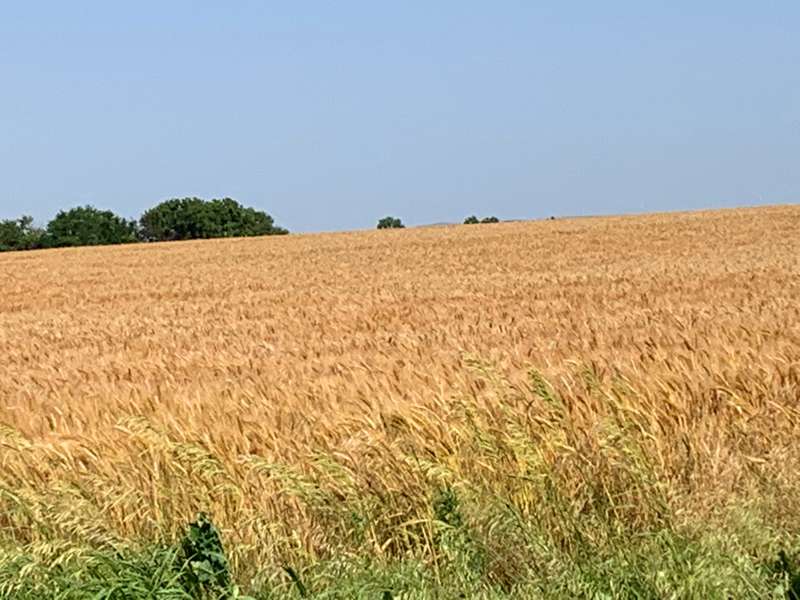 The director of the Department of Economics at Kansas State University is predicting an outstanding farm economy through the end of this year with some weakening in 2022.

Allen Featherstone, professor and head of the K-State Department of Agriculture Economics, spoke at a recent Economic Outlook Conference in Hays.

The success for farmers in the last two years has allowed many producers to restructure their businesses, clean up their balance sheets and position themselves for the future, he said.

The strike at John Deere has been concerning as positive balance sheets for farmers would have meant more implement purchases before the end of the year. Another concern is the inability of farmers to obtain fertilizer and chemicals for next year’s crop.

Anecdotally, Featherstone said a lot of ag land is going on the market. That could be a result of farmers taking advantage of higher land values to sell out and retire. It may be new producers coming into the market because they see agriculture as profitable at this time.

Profitability of Kansas farms was the highest it’s ever been in Kansas in 2020. Average net farm income for Kansas in 2020 was $172,530 based on a 475-farm index. However, 72.6 percent of that was government payments.

“We are much, much safer now, and that situation is improving,” he said.

Featherstone said he thinks that ratio will continue to decline in 2021 for two reasons. Kansas land values increased over the last year by 10.5 percent, and farms are likely to pay down debt.

Featherstone said cost of production will likely increase in 2021, but 2022 is more of a wild card.

Some farmers are going to look at the cost per acre and might grow more wheat in 2022, Featherstone said.

“In terms of Kansas, farmers are very resilient in terms of planning for the market, and they have no qualms about drastically shifting their crop mix,” he said.

Wheat and corn did not cover total cost in 2020. Soybeans made about $19 per acre, and sorghum made about $90 per acre.

Since 2015, Kansas has seen significant shifts away from wheat and toward more corn acres. Wheat acres harvested are down 21 percent, whereas corn acres are up 35 percent in that time period.

“I think within the next couple of years, we’re going to plant more acres of corn than we do wheat,” he said. “I don’t know if the governor will go back and rename the ‘wheat state’ the ‘corn state.'”

The sorghum markets are highly dependent on China, which imports about 90 percent of the world’s sorghum crop.

The forward bid for the 2022 wheat crop was $7.10 at Salina as of Oct. 21, which looks good for the wheat crop next year. Strong prices may result in slightly more acres being planted in wheat.

Supply chain issues will make the cost side of farming very important in 2022, as shortages of parts are likely to continue.

Land values will likely be up by 10 percent as farmers have more cash on hand.

“Agriculture land is usually a pretty good inflation hedge,” Featherstone said. “It’s a hard asset. From that perspective, people may end up parking their cash in land.”