JEFFERSON PARK — For more than eight decades, American Science & Surplus Store was the place for military surplus items, rubber chickens and everything in between.

But at the end of October, the Jefferson Park mainstay will relocate its Chicago store from 5316 N. Milwaukee Ave. to 27 N. Northwest Highway in Park Ridge, store President Patrick Meyer said. The company has two other locations in suburban Geneva and Milwaukee.

Meyer said they decided to move mainly because the store has struggled financially in the past couple of years, and they couldn’t afford to stay in the city. No exact date for the move has been announced, but Meyer said it probably will be the last weekend of October.

“We’ve experienced a significant drop in visitors over the last four or five years,” he said. “When COVID came along, we weren’t 100 percent sure we could keep [the store] open, especially at the rent and taxes we were paying.”

The company found a location with cheaper rent and lower taxes outside the city, and it’s only about a 10-minute drive from the current location, Meyer said.

The Park Ridge spot will have more of a neighborhood feel to it compared to the strip mall location the store is currently in, Meyer said. The Park Ridge Library, Pickwick Theater and several grocery stores and restaurants will all be within walking distance to the new location.

For more than 60 years, American Science & Surplus has called the Northwest Side home.

The chain got its start in 1937 when founder Al Luebbers, then working for Western Electric, discovered the company next door was throwing away rejected optical lenses. Luebbers saw an opportunity and decided to clean and repackage the throwaway lenses himself, selling them at 10 for $1, according to the website. 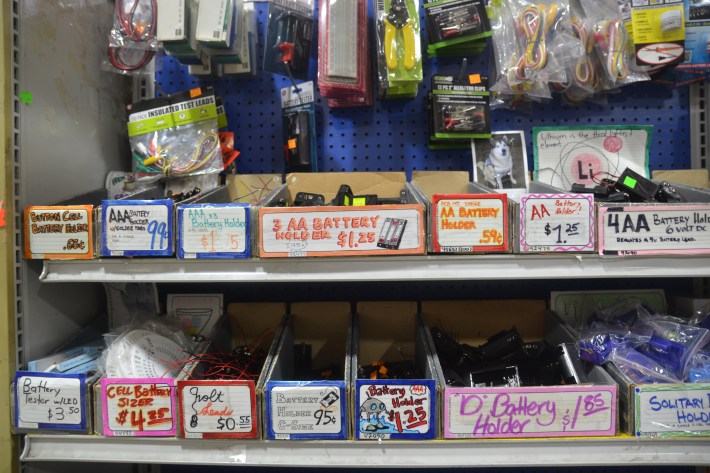 Today, the store has a long history and a following that spans generations.

“He’d get me a whole bag of [parts], and I could do whatever I wanted with them. I could glue ’em together, tie ’em together, stack ’em up, so I’d make little ‘robots,’” Luttrell said.

Lutrrell shared the love of the store with her son, Julian, now 22, who went on to work at the Jefferson Park store.

Meyer, who became the owner and president of the chain in 2012, grew up walking by an American Science & Surplus, then on Nagle Avenue and Northwest Highway in Norwood Park. He started working there and sweeping floors when he was 16 years old.

“I haven’t had another job in my life, and it’s been American Science my entire life,” Meyer said.

Despite all the “writing on the wall” to leave Chicago, Meyer said the decision to move wasn’t easy.

“It’s kind of heartbreaking for us to move out of the city,” Meyer said. “I hope that folks don’t hold any grudges against us for moving out of the city. We love our customer base, and we want them to follow us.”

What is science? Here’s an explanation amid COVID-19 pandemic