America’s enemies line up to put Biden to the test 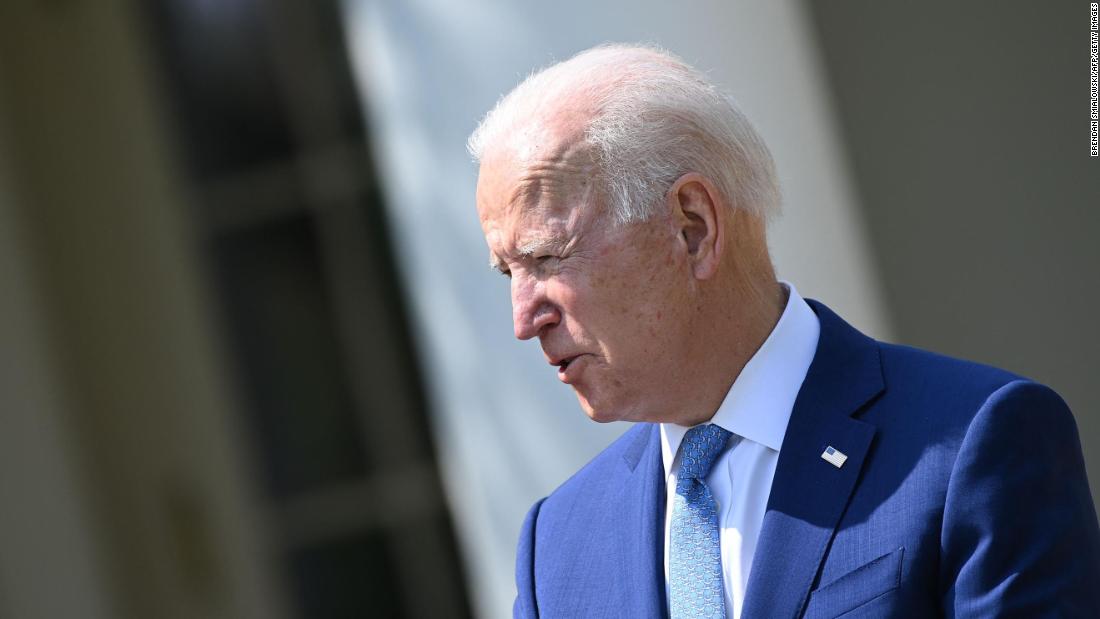 The United States is being drawn into great power confrontations with China and Russia. Iran plans to enrich uranium to higher levels than ever before after an attack on one of its nuclear plants widely attributed to Israel. North Korea is back to testing ballistic missiles. And Biden’s plan to end the “forever war” in Afghanistan by this year’s 20th anniversary of 9/11 has critics warning the Taliban could crush the weak US-allied government in Kabul. The limits on a President’s power meanwhile have been underscored by a violent coup in Myanmar that US sanctions and condemnation have done nothing to thwart.

In an Annual Threat Assessment ahead of the hearings, the espionage community added another helping of challenges to Biden’s plate — predicting destabilizing cross-border migratory surges and toppled governments in the geopolitical aftershocks of the pandemic. And it said Beijing and Moscow were exploiting the discord to bolster their power.

It is a daunting set of worsening problems for a President who has made no secret that his priority is defeating the virus, reviving the US economy and forging a foreign policy designed around the needs of the American worker.

Recent events show that Biden will not have the luxury of a mostly domestic focus. Speeches and diplomatic blueprints from new administrations are great in theory. But US foes rarely comply with the neat assessments by Washington foreign policy planners of how they will behave.

China and Russia are feeling out Biden’s limits

It’s not unusual for there to be a sense that America’s adversaries are probing a new president. Moscow’s massive troop build-up on Ukraine’s borders and China’s probing of Taiwan’s defenses may fit into this category — and isolated North Korea always seeks to get a new commander in chief’s attention. Biden’s hopes of reviving a nuclear deal with Iran may already be on the rocks if Tehran hardliners scupper dialogue. If an Israeli attack is to blame, the President may also have an early crisis with Prime Minister Benjamin Netanyahu to sort out.

This goes beyond America’s adversaries hazing a new President. Biden’s management of the situation will help define his legacy.

China is accelerating a years-long rise and is now willing to assert its growing military might in Asia and its superpower influence elsewhere in the world. Russia, with its territorial grabs and election interference, is stepping up efforts to divide and weaken the West. Seeking to prolong his two decades in power amid simmering domestic discontent, President Vladimir Putin has a political motive to act aggressively abroad to match his quest to restore the respect the Kremlin lost with the fall of the Soviet Union.

The Biden administration has made clear it understands adversaries are feeling out the new White House. An extraordinary head-to-head clash between US and Chinese officials in Alaska last month sent a clear message from Washington to Beijing that Biden wouldn’t be pushed around.

Since then, US and Chinese aircraft carrier task forces have steamed through the South China Sea. In addition, China sent a record 25 warplanes into Taiwan’s self-declared air defense zone — in a clear message to Washington to avoid what it sees as interference in its affairs.

Taiwan is seen as the most likely trigger of a conflict between the US and China and presidents are bound by law to offer the island the means of self-defense. After Washington sent the USS John McCain through the Taiwan Strait last week, Beijing said it should not “play with fire.”

The Biden administration has been more outspoken than its European allies on Russia’s pressure on Ukraine that has prompted fears of a full scale invasion on Putin’s orders, or a more subtle attempt to destabilize the pro-Western government in Kiev.

A senior US defense official told CNN last week that the Pentagon was considering sending a pair of ships to the Black Sea in order to show support for Ukraine’s territory integrity, in a move that would further hike tensions.

Secretary of State Antony Blinken — who traded diplomatic jabs with Chinese officials in Alaska — is not flinching from warnings to Russia and China likely to further exacerbate tensions.

“It would be a serious mistake for anyone to try to change the existing status quo by force.” Blinken said on NBC’s “Meet the Press” on Sunday referring to China’s aggressive tactics toward Taiwan, which it considers a rebel province.

In Europe on Tuesday for NATO meetings at which the US announced an increased military presence in Germany, Blinken met Ukrainian Foreign Minister Dmytro Kuleb. He had set the stage by saying on NBC that if Russia continued to escalate “the President’s been clear, there’ll be costs, there’ll be consequences.”

The tough talk may be designed to counter a belief that shines through foreign policy pronouncements in both Russia and China that the US is a power in inevitable decline and has been weakened by two decades of war, financial crises, internal political strife and a poor pandemic response.

It also must be seen in the context of the former President’s approach to foreign policy. Trump frequently fawned over Putin and often undermined what was a comparatively tough administration approach to Russia by often seeming to act in the interests of a power that meddled in two US elections to help him. The former President was also susceptible to flattery from China’s aggressive, nationalist President Xi Jinping, who he portrayed as a dear friend — at least until the eruption of the pandemic in Wuhan threatened his reelection hopes.

But rhetoric only goes so far.

Ultimately, China knows that it’s unlikely a US president could justify a war with the Asian giant over Taiwan as a vital national interest — especially one who is more interested in getting out of wars than starting new ones. And while the US has supplied Ukraine with offensive weapons, it’s inconceivable that Biden would take the US to the brink of war with nuclear-armed Russia over Ukraine, which is not even a NATO ally.

The White House position on both Russia and China is that it will seek cooperation with both states where possible but that adversarial relationships are more likely along with intense economic competition with China.

For instance, CNN has reported that Biden’s global climate envoy, former Secretary of State John Kerry, will shortly travel to Beijing to seek common ground ahead of a UN climate summit in Scotland in November. And in an intriguing move, Biden on Tuesday called Putin and offered him a summit in a third country in the coming months — only weeks after agreeing in a television interview that the Russian leader was a “killer.”

Biden’s offer ostensibly gives Putin what he wants — a place on a pedestal alongside the President of the United States in an echo of fabled Cold War summits among the world’s two great powers. The move looks a lot like a carrot to pressure the Russian leader to avoid any actions in Ukraine — or towards imprisoned opposition leader Alexey Navalny — that might cause Biden to withdraw an offer to meet.

Hawkish Republicans are accusing him of a dangerous retreat that could repeat Washington’s 1980s neglect after it helped rebels oust Soviet troops from Afghanistan. The subsequent vacuum caused years of civil war and a failed state that fostered the fundamentalist Taliban militia and a terror haven in which al Qaeda plotted the attacks on New York and Washington.

“Precipitously withdrawing US forces from Afghanistan is a grave mistake. It is retreat in the face of an enemy that has not yet been vanquished and abdication of American leadership,” Senate Minority Leader Mitch McConnell said.

But the Kentucky Republican’s comments are not universally shared within his party, proof that fatigue with foreign wars harnessed by both Barack Obama and Trump on the way to the White House remains a powerful political force. Texas Sen. Ted Cruz for example, an avowed opponent on everything that Biden does and a potential 2024 GOP presidential candidate, had no problems with Biden advertising a departure date for US soldiers.

“Bringing our troops home should not be taken as a sign that America will be any less vigilant in protecting American lives and those of our allies, but we can do so without a permanent military presence in a hostile terrain,” he said.

If Biden sticks to his plan, he will achieve what Obama and Trump both tried and failed to do — ending US involvement in a generation of post-September 11 wars abroad.

Biden to address joint session of Congress on April 28