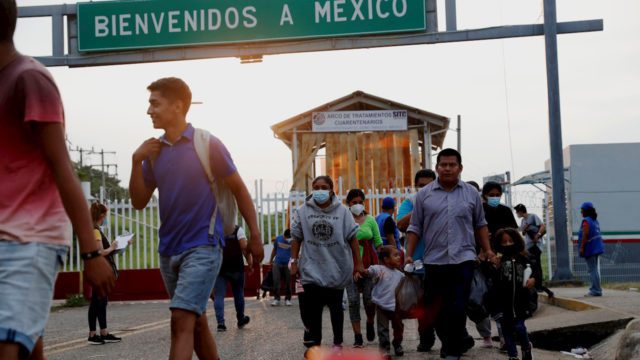 This immigration measure promoted by the Donald Trump government forced asylum seekers to wait outside the United States to have their cases processed.

The Department of Homeland Security (DHS) welcomed the decision of the United States District Court through a statement that follows a June 30 Supreme Court ruling that ruled that the Biden administration could end the policy established in 2019. predecessor Donald Trump.

“DHS is committed to conclude the court-ordered implementation of the MPP in a speedy and orderly manner. Individuals will no longer be enrolled in the MPP for the first time, and individuals currently on the MPP in Mexico will have their enrollment revoked when they return for their next scheduled court date. Individuals unaffiliated with the MPP will continue their removal proceedings in the United States,” the statement states.

It also emphasizes: “As Secretary Meyerkas has stated, the MPP has endemic flaws, imposes unreasonable human costs and deprives resources and personnel of other primary efforts to secure our border.”

It also indicates that the department will provide additional information in the coming days and that MPP nominees should follow the instructions in their court documents and handouts to appear as needed for their scheduled court date.

It also reiterates that DHS continues to enforce U.S. public health and immigration laws, including Title 42 public health orders from the Centers for Disease Control and Prevention, as required by court order.

DHS communications states, “Individuals found at the Southwest border who cannot establish a legal basis for staying in the United States will be deported or removed.”

According to a report by the agency, more than 60,000 asylum seekers, most of them stranded in camps on the Mexican border, were part of the first part of the program and around 5,800 migrants have been processed through the second phase. ,