Only 1 science Nobel winner is U.S.-educated 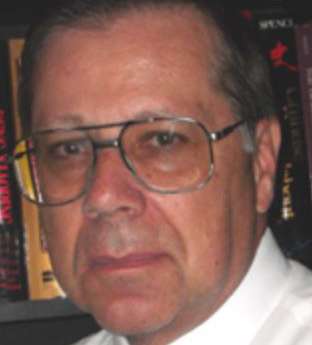 “I don’t need to learn no science. If I have a science problem, I can just hire a scientist!” That is an occasional response an American teacher may encounter from rich foreign students when teaching at an American school—perhaps in Central or South America, or in the Middle East.  It is an attitude of the privileged wealthy. If you have money, you don’t need to waste time on learning. Just hire the educated specialist you need. Only those few will need to study science.

But this fallacy has likewise driven American school curriculum across these last forty years, a time where each new generation has a lesser likelihood of having a better life than their parents. The science curriculum has declined in the U.S. while the rest of the developed world has moved ahead of us. And now the pandemic has revealed our lack of widespread science literacy.

The AAAS science society had long promoted a “Less Science, Not More” philosophy and the teaching of a minimal “Science for All Americans.” Ed Schools have likewise promoted teaching a bogus “scientific method” since there is just too much science to learn. So just learn to think like a scientist and apply the method. Our scores on international science tests declined.

But there was one indicator that seemed to tell us that science education in the United States was just fine: we claimed lots of Nobel Prizes this time each year. But this is the same mistake described above. We have been hiring away scientists educated in other countries and claiming them as our own. This gives the impression that our K-12 educational system is one of the best in the world for producing scientists. It is a false impression, and this year’s awards show this problem again. The U.S. will claim four Nobel Award winners in science. But only one was K-12 educated in the United States.

That would be David Julius, who was one of two awardees for the Nobel Prize in Physiology or Medicine. He was born in New York in 1955 and works at the University of California in San Francisco. But we will also claim the other awardee Ardem Patapoutian who works at Howard Hughes Medical Institute, Scripps Research, in La Jolla, California. But he was born in 1967 in Beirut, Lebanon. Their prize was “for their discoveries of receptors for temperature and touch.”

We will likewise claim David W.C. MacMillan who is now working at Princeton University in New Jersey. But he was born in 1968 in Bellshill in the United Kingdom. He shares the Nobel Prize in Chemistry with Benjamin List who is Director at the Max-Planck-Institut für Kohlenforschung and was born in Frankfurt, Germany, for work on “the development of asymmetric organocatalysis.”

The Nobel Prize for Physics this year was distributed among three researchers. One-half went to Giorgio Parisi born in 1948 in Rome, Italy and now at Sapienza University of Rome. His work was on “the discovery of the interplay of disorder and fluctuations in physical systems from atomic to planetary scales.”

The other half of the prize was awarded jointly to Syukuro Manabe and Klaus Hasselmann for work in “the physical modeling of Earth’s climate, quantifying variability and reliably predicting global warming.”  Syukuro Manabe was born in 1931 in Shingu in Japan but is currently at Princeton University in New Jersey. So we can expect the U.S. to take credit. Klaus Hasselmann, born in 1931 in Hamburg Germany, is at the Max Planck Institute for Meteorology in Hamburg.

So the U.S., similar to rich foreign students, is able to disregard providing a richer science education and rely on hiring away scientists trained in other countries that value more science. But now other countries also offer state-of-the-art research equipment, often surpassing the United States.

And note the dates of birth. It takes a long time for the value of new science to be confirmed by a Nobel Award. Our education of just one out of these seven indicates that long ago we indeed did have some schools that did stimulate at least a few American students to pursue careers in science. Today, the proportion of U.S. K–12 schools that offer advanced science coursework is very small. Meanwhile the science literacy of the younger public in other developed countries has moved far beyond us. Unless there is a dramatic increase in science taught in American public schools, the U.S. will move from being near the bottom of developed countries, to joining the undeveloped countries.

John Richard Schrock has trained biology teachers for more than 30 years in Kansas. He also has lectured at 27 universities in 20 trips to China. He holds the distinction of “Faculty Emeritus” at Emporia State University.

What is science? Here’s an explanation amid COVID-19 pandemic