Courtesy of the Westmoreland County DA’s office
Investigators said these items were seized from Melvin T. Payne after he was arrested for allegedly selling illegal drugs out of a Rostraver Township business.

By the MVI
A Clairton man is in the Westmoreland County Prison after police said he was selling drugs during his work hours at a Rostraver Township store.
Melvin T. Payne, 42, was jailed Thursday on $250,000 bail after police reported making two drug purchases through a confidential informant this month.
He is facing drug and criminal use of a communication facility charges.
North Huntingdon police met with the confidential informant who bought a brick of suspected heroin from Payne on Nov. 11 while he was working at the Cricket Wireless store in Tri-County Plaza, according to court papers. The confidential informant was provided with $200 to make the purchase, police said.

To read the rest of the story, please see a copy of Tuesday’s Mon Valley Independent, call 724-314-0035 to subscribe or subscribe to our online edition at http://monvalleyindependent.com. 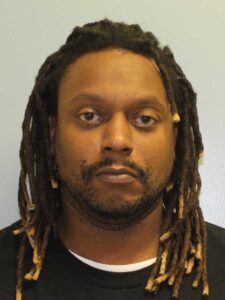